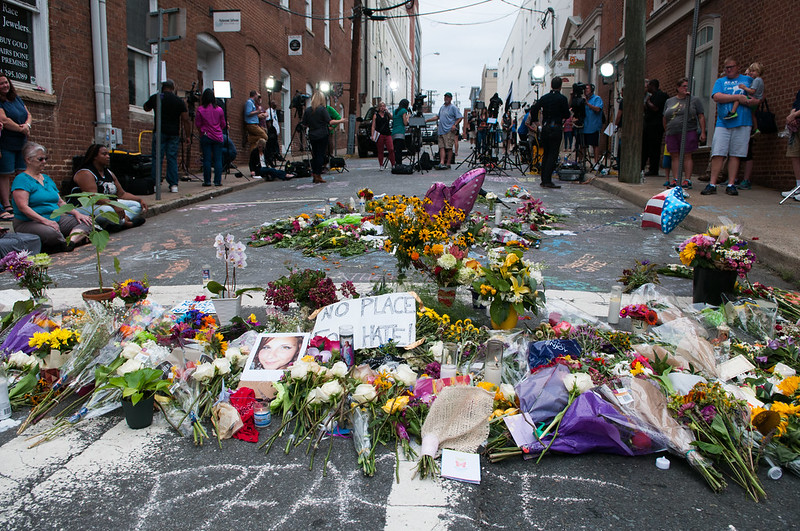 I shouldn’t have been alarmed by Charlottesville. I’ve studied Dr. Frances Cress Welsing and Dr. Neely Fuller. I’ve become accustomed to the dog-whistles and divisive rhetoric as they’ve gained traction over the years. I had a talk with my mother. She lived through Jim Crow. “Are you surprised by what happened in Charlottesville?”, I asked. Unfazed, she replied, “No. They’ll never change.” The discussion itself made it hard to prove her wrong. Still, witnessing it in 2017 was jarring. Those haunting images from my history books had finally sprang to life.

The normalization of all things degenerate is dangerous. Charlottesville was a stark reminder. The need for one group to have an advantage over others. Equality being threatening to some. The possibility of a level playing field exposing inadequacies. Opportunities that were always guaranteed to some having to be earned instead. All nonsensical concepts to someone who deals largely in logic. Frightening or perfectly normal to those who don’t. The refusal to grant equal rights and access to opportunities to all is the basis for this country’s turmoil. It’s why the “Make America Great Again” slogan has always been an offensive fabrication. That turmoil has been the barrier to greatness. Which brings me to the alleged cause of Charlottesville’s riots: the removal of a Confederate statue. Chants of “Blood And Soil” and “Jews Will Not Replace Us” revealed that allegation to be a fabrication as well.

It’s easy to dispel the myths about Confederate statues, flags and the “heritage” they represent. That “heritage” has long been established as one of inequality. One need only study when those monuments were built and when their “importance” has resurfaced throughout history. Erected during the start of Jim Crow, they reappeared to signify opposition to the Civil Rights Movement. Now, the center of riots during arguably the most polarizing presidential regime of our lifetimes.

They are overdue for demolition. They shouldn’t continue to be financed on the dime of those they oppress. They are emblematic of a history of murder, pillage and slavery. One without malice would prefer to memorialize a more progressive era of history. Statues should be reserved for those who contributed to the greater good. Liberty and equality. A mantra that this country often recites, but has yet to fulfill. A promise that can’t become a reality with those replicas as constant public reminders of my ancestors’ pain.

In the aftermath of Charlottesville, what’s the necessary step forward? Since I’m unaware of any groups’ pending mass exodus from this country, coexistence remains a reality; which requires the work of allies. Potential allies, I’ve seen your “ThisIsNotUs” hashtags. Prove it. America is ailing, use this opportunity to help heal her. Your future generations should be able to look back and find you leading the fight against inequality, not contributing to it with your indifference. Marching is no longer enough. Learn biases and history. Have ongoing conversations with people from diverse backgrounds and philosophies. Become activists. Doing so will create a “heritage” that we can all salute to.

4 thoughts on “Reflections on Charlottesville”